A Robot Can Do That: Job Listing For Simple Labor Drops 30% In Japan 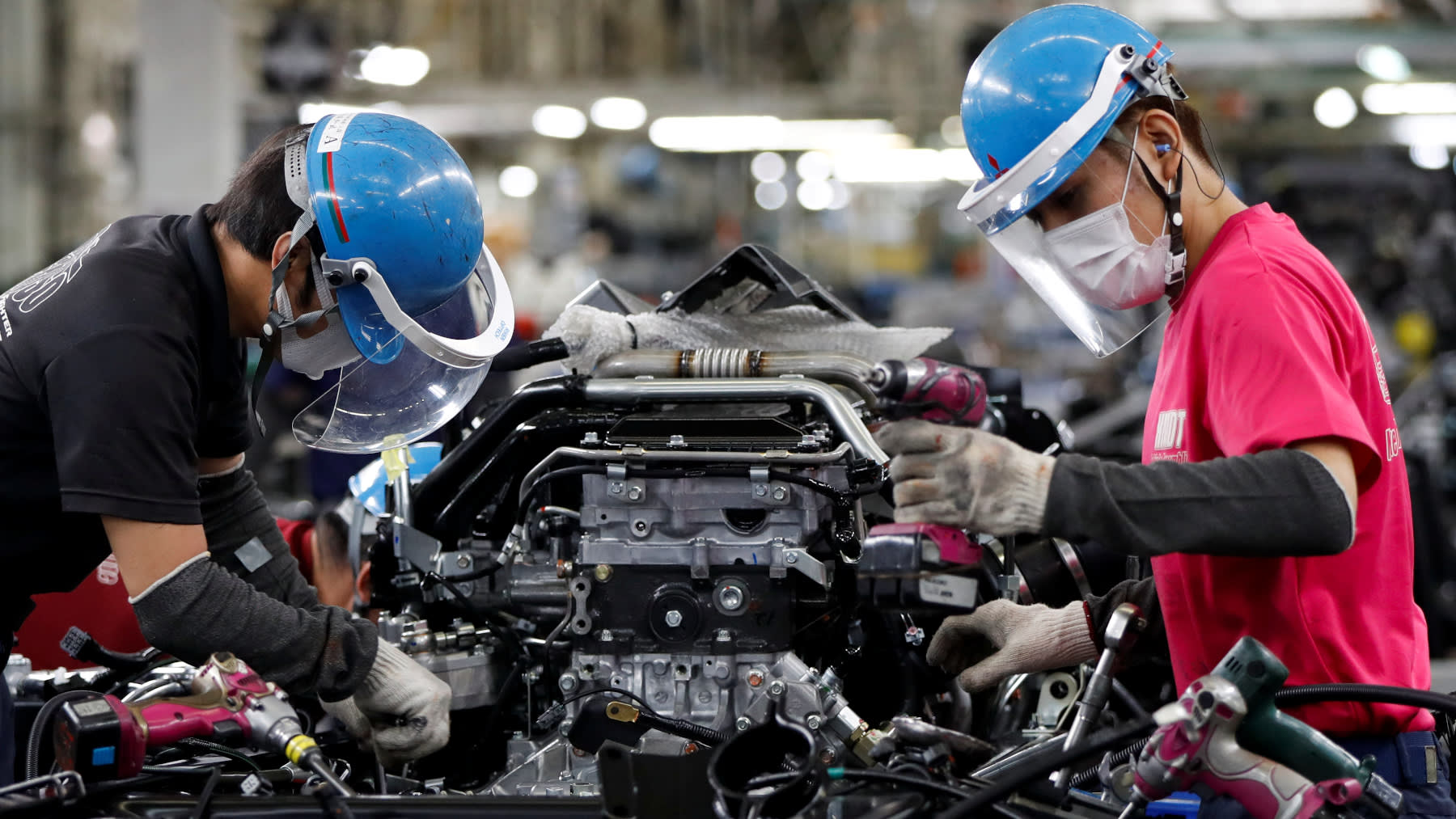 Employees wearing protective face guards work on an automobile assembly line at a factory of Mitsubishi Fuso Truck and Bus in Kawasaki, south of Tokyo.

For a country that is facing a major labor shortage, Japan has been slow in the digitalization of the workplace. In manufacturing, for instance, skills have been passed on from generation to generation, from maestro to protege, forming the backbone of “Made in Japan.”

But data shows that the employment landscape in Japan is changing. The need for social distancing has pushed companies to take automation seriously, and a third of jobs that could be easily automated have been wiped away.

Nikkei examined job opportunities in May and June on the website of recruitment agent Persol Career. Using criteria laid out by Oxford University, the 2,200 types of jobs on offer were divided into two categories: those that can be easily automated, of which there were about 250 types; and those that cannot. 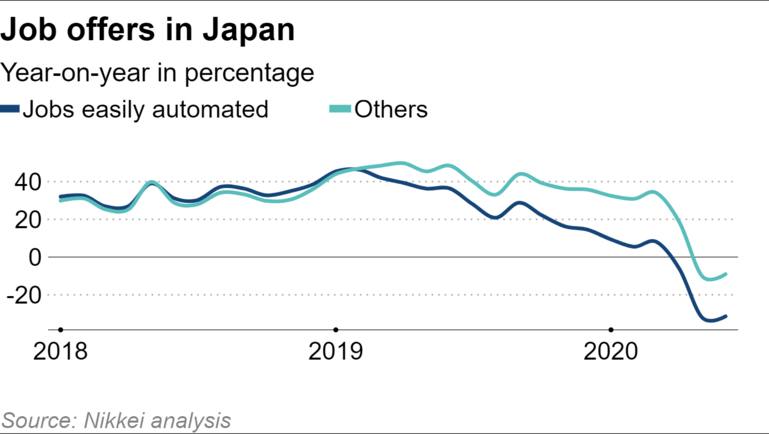 The change seems to indicate that many companies are implementing automation technologies in their offices and factories. As the coronavirus pandemic induces people to socially distance from each other, the trend is accelerating.

Automation is supported by technologies such as AI and robotic process automation, or RPA. The prefectural office of Ibaraki, located northeast of Tokyo, used RPA in recent months to process the paperwork for paying cash handouts to local companies affected economically by the pandemic. Many staff could not come in to work, but using RPA allowed the office to cut down 1,800 hours of tasks that were previously done by humans.

According to the U.S. software company and RPA provider UiPath, many companies in Japan are considering implementing RPA technology as working from home becomes more prevalent.

Other companies are using AI in their call centers. Bellsystem 24 Holdings and Sony developed an AI technique to analyze their customers’ voices and improve answers to frequently asked questions. If the resulting “data of experience” is shared among the operators, the call centers can be operated by fewer people.

In the manufacturing sector, automation is important for maintaining social distancing practices. Kenichi Fujita, president of Siemens’ Japan subsidiary, said: “In Japan, there was so much trust in skilled labor, so [the process of] implementing automation lacked speed, but the pandemic might be able to digitalize the Japanese workforce.”

Companies are investing in automation and information technologies. According to the Ministry of Economy, Trade and Industry, the revenues at IT-related companies and services increased in April and May compared with the year before. 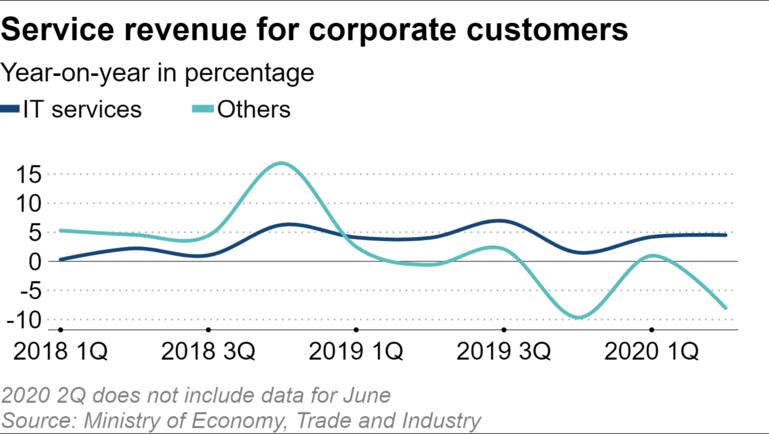 Consultancy McKinsey expects that in the future, 56% of the jobs in Japan could be taken care of by AI or robots — higher than the average figure of 50% it found for 54 countries and regions. And while there are concerns over the fact that advancing technology will inevitably displace some people from jobs, it will also create new jobs.

Microsoft is providing online training in digital technologies for 25 million people. As working from home becomes increasingly normal, the company expects that in five years, 149 million jobs will be created around the world in areas such as data analysis. Tech group Google will also provide training in data analytics.

In May, a bipartisan group in the U.S. Congress submitted a bill to fund vocational training, including digital-related courses, for 14,000 people who had lost their jobs. In Japan, funding for job security is mainly used to maintain the current workforce. As the pandemic accelerates the transformation of the economy, investing in human resources will be essential to ensure the country’s workforce is resilient to the changing job environment.